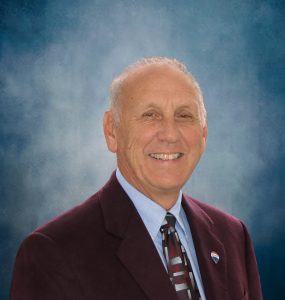 Dennis Curtin became the very first franchisee outside the core ownership group in Colorado in 1975. He began his RE/MAX affiliation with a single office in the Northland area of Kansas City, Missouri and, ultimately, opened 6 additional offices over the next several years. For the past 45 years, he has been Region Owner of RE/MAX Mid-States Region and, in 1993, added RE/MAX Dixie Region, expanding his leadership and development to include seven states – the Mid-States Region comprised of western Missouri, Kansas, Oklahoma and Arkansas, and Dixie Region consisting of Louisiana, Mississippi and Alabama. In 2021 the region name changed to better reflect our responsibility to our brokers and agents alike, now known as RE/MAX Regional Services.

Prior to selling his individual RE/MAX franchise operations in 1990 to concentrate on growth and development of the Region, Mr. Curtin’s offices in Kansas City consistently held over 40% market share and produced outstanding leaders in the local, state and national real estate industry and in the RE/MAX network. Many of these individuals remain as active, producing agents within the organization today.

Mr. Curtin continued to expand his franchise operations overseas in 1997 by opening in the Republic of Ireland and Northern Ireland. Prior to releasing the rights to the regions to RE/MAX Europe in 2009, he built a quality network of 80 offices and over 400 associates throughout the countries.

In 1986, Mr. Curtin served as President of the Metro Kansas City Board of REALTORS® and continued to participate in leadership roles in all levels of the REALTOR organization. He served as President of the then 20,000-member Missouri Association of REALTORS in 1993 and held numerous positions within the organization, including Region IX Vice President in 1998, and he remains active as a RPAC Hall of Famer and trustee today.

Honors bestowed on Mr. Curtin by the RE/MAX organization include: Regional Director of the Year (1982), Distinguished Service Award (1987), Legacy of Leadership (2005), and the Founders’ Award (2017). Most recently, RE/MAX Regional Services was awarded 2018 North American Region of the Year award at RE/MAX R4 Convention in Las Vegas.

By clicking “submit” and providing your phone number and/or email address you agree to receive certain updates, offers, and other promotional and marketing communications from RE/MAX. This may include calls or text messages sent to your mobile device if you elect to provide your cell phone to us as a point of contact. Please note: Standard data and messaging rates may apply.